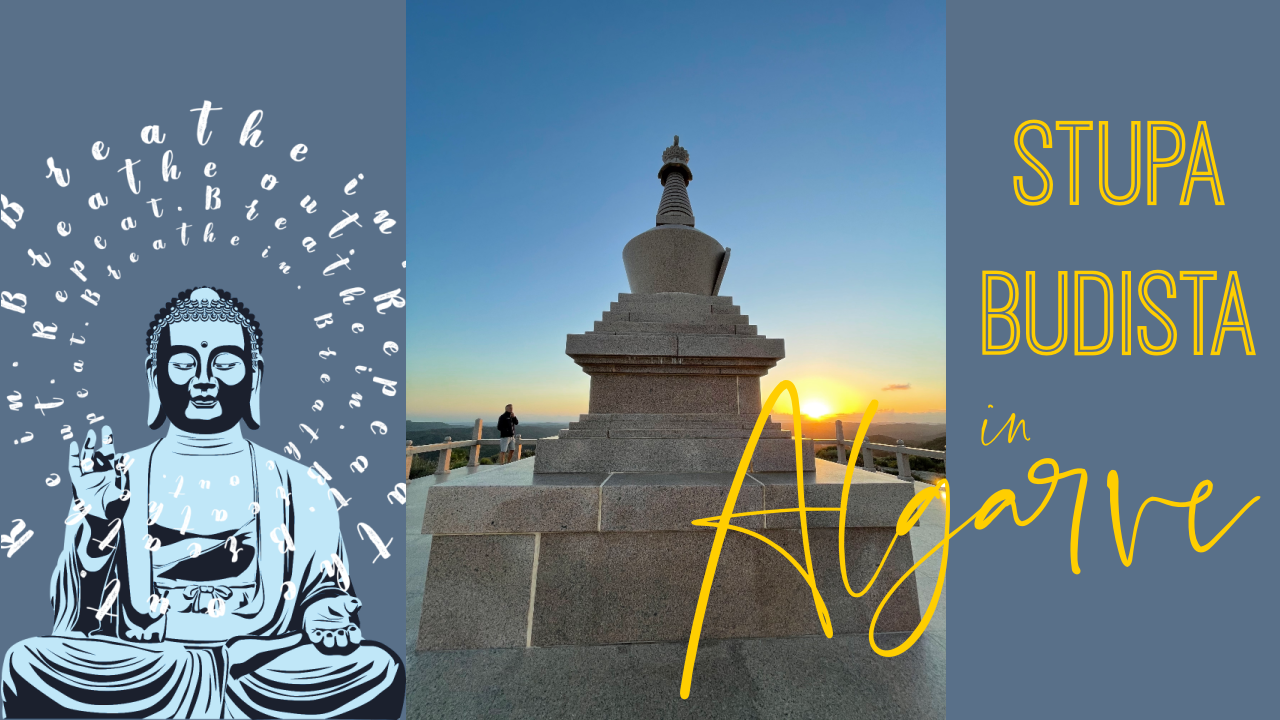 The Buddhist temple in the mountains of Algarve.

In May 2021 we visited the Buddhist temple – ‘Stupa Budista’ in Salir, Loulé, Algarve – just 15 minutes away by scooter from our home. We decided to go at sunset to watch the sunlight fading over the mountains, with far reaching mountainous 360° views, including the Atlantic ocean in the distance.

We were greated by a big white and brown Rafeiro do Alentejo dog, waiting patiently by the temple for some fuss and attention from visitors. We were alone and had the place to ourselves for the whole visit, which was magical. I know we will visit again, maybe at sunrise instead. 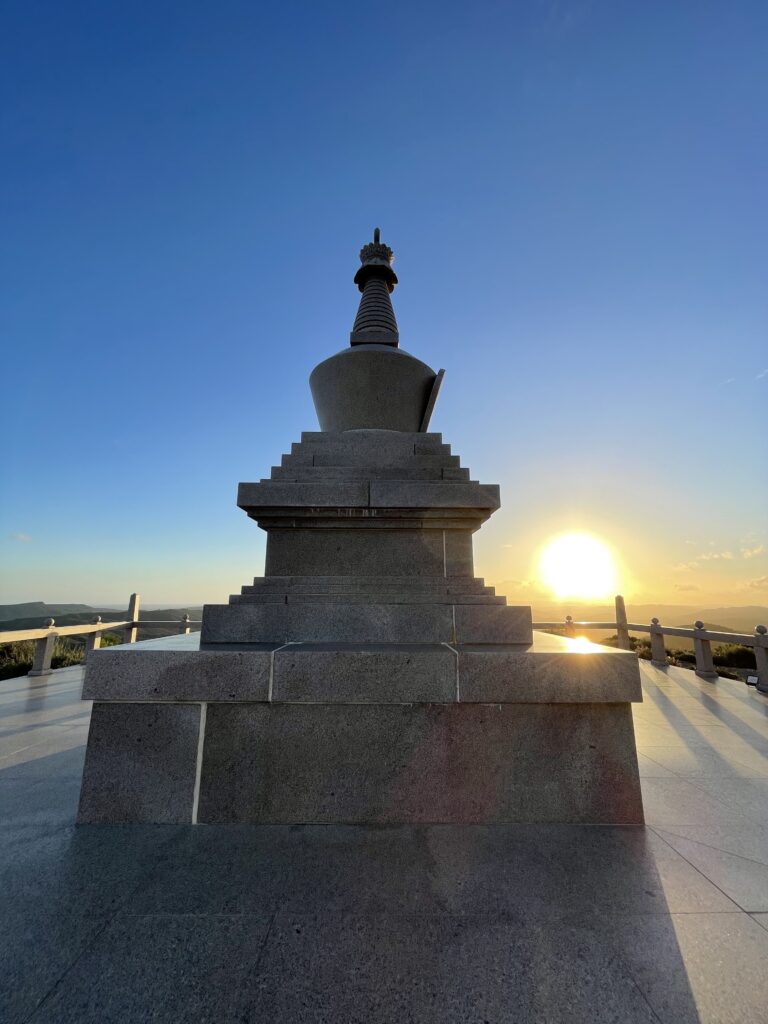 We walked clockwise around the stupa in a positive frame of mind, as advised on the information board.

Salir is a very quiet, tranquil and peaceful village of traditional homes, nestled in the Serra do Caldeirão hills. Hiking on top of one of these hills is a wonderful treat all year around. Spring is the best time to visit.

To get there- West of Salir on the N124, a sign points north to Moinho do Malhão. Turn right and take the scenic winding road up to the cross roads and look for a large sign on a sharp right hand turn, marking the entrance to Humkara Dzong, a small Tibetan Buddhist community. The rough unmade road leads to a magnificent and beautiful Stupa with a most spectacular view in the Algarve.

Lama Kunzang Dorje founded the community in 1982 and in 2008 the five metre high Stupa was constructed and consecrated. The first of its kind in Portugal, the monument marks the highest point in the hills overlooking the Algarve and the Atlantic Ocean beyond. From this point, it’s often possible to simultaneously watch the sunset and the moonrise. You will enjoy some of the cleanest air in the world on this hilltop. It was windy when we visited, and starting to get chilly at 14°C as the sun disappeared under the horizon.

Just beyond the Stupa, there is an old windmill hich has been converted into a temple where the Buddhist community gathers each morning for prayers.

In the Buddhist faith, the Stupa is symbolic of the potential that everyone has to achieve enlightenment: we consider all expats who have chosen to live here in the Algarve as ‘enlightened’. Thousands of prayers, sacred relics and other offerings are contained within the Stupa. Buddhists believe that the shrine is a source of positive energy which promotes health, wellbeing and prosperity. Whether you’re a believer or not, you won’t be able to deny that this spot brings great joy and peace to the visitor.

Definitely worth a visit.