Leek and pear soup is simple, quick and exceptionally tasty. I’ve used asian flavours, which go perfectly for this sweet and sour soup.

The only way you can ruin this leek and pear soup is by adding too much salt or soy, or by burning the veg so avoid adding too much extra salt, and ensure veg is gently fried on a medium heat. It needs to be soft so that the pear is very soft and coating the veg. The sweetness from the pear balances the salt from the soy, stock cube and salt. . Note that you should add the sesame oil at the end when serving, as this oil is best for flavour, not for cooking. Add the vinegar at the end too, because we don’t want it to evaporate.

Grate the ginger (I keep the root in my freezer) and the garlic. Put the garlic, ginger, veg stock cube, bay leaf, miso, soy sauce, black & white pepper, star anise in a saucepan with roughly 3 cups of boiling water. Leave to simmer whilst prepping the veg.

Chop the leek, pear, celery & spring onions/scallions. Gently fry with 1 teaspoon coconut oil and a pinch of chilli or normal sea salt flakes. Cook until soft. Pour the stock onto the softened (not browned) veg & pear mixture. Add rice vinegar and sesame oil. Serve with fresh herbs or your choice.

You could cook this is one pan, however, I like the stock to have a head start for the flavours to develop whilst I am prepping the veg.

If you have fussy eaters in the house, remove the star anise and bay leaf then liquidise the soup. Works for my husband every time – he thinks he doesn’t like leeks! 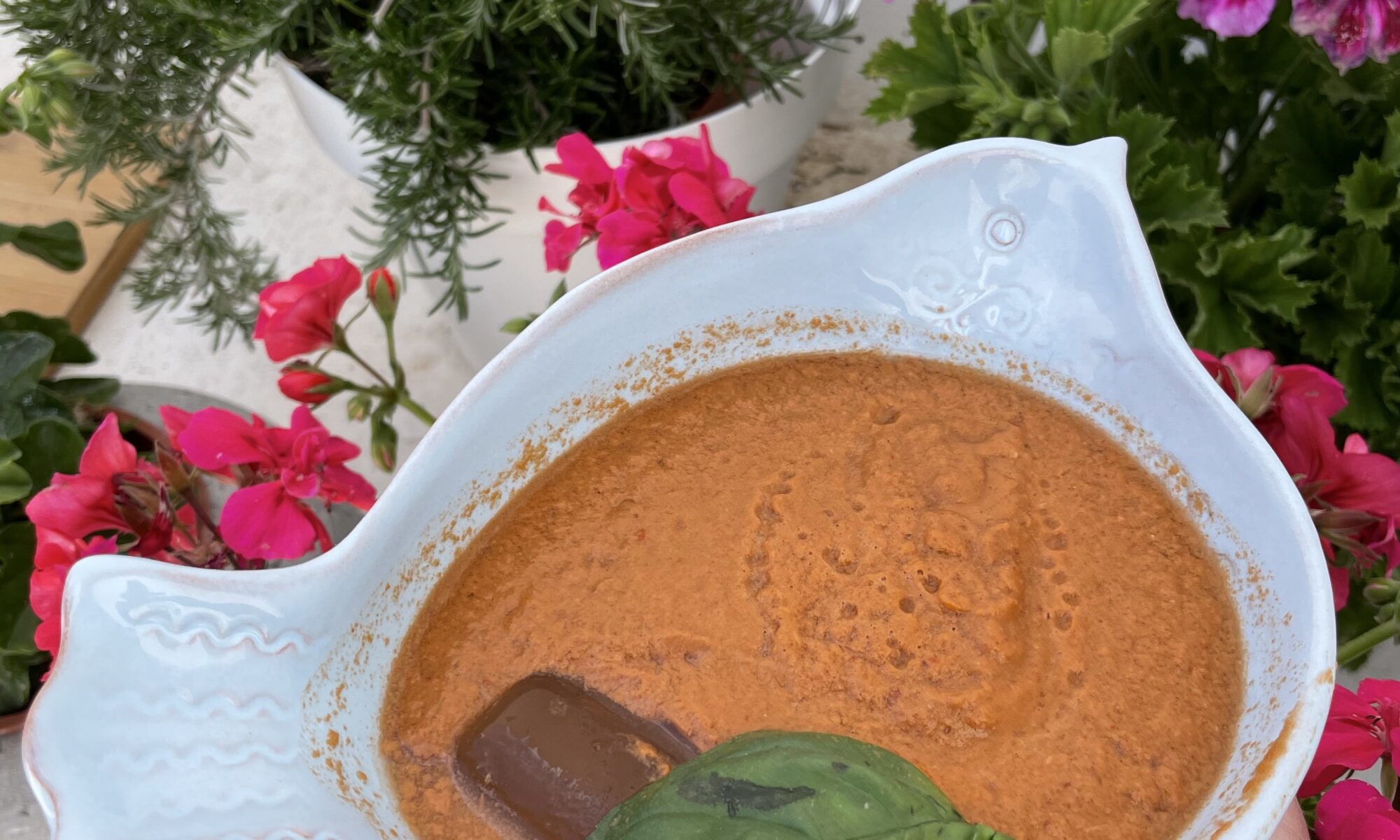 An easy and delicious summer raw chilled soup, based on Spanish gazpacho. Use whatever fresh veggies you have available, such as cucumber, celery etc.

I like to serve this soup, fresh at room temperature. Avoid putting it in the fridge as lower temperatures switch off and decrease the flavor of tomatoes. I love using rosa tomatoes as they are abundantly available in Portugal, but use whatever you have available, fresh and in season. Always use good quality olive oil. 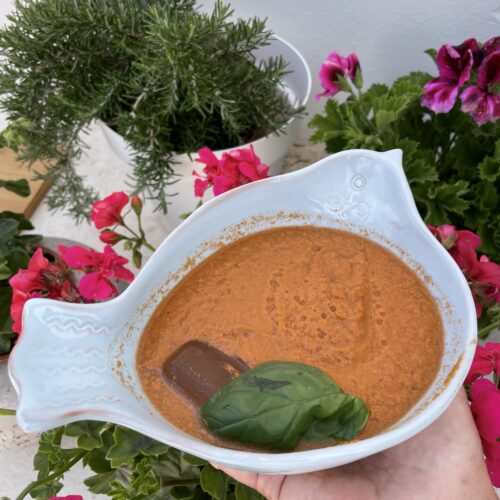